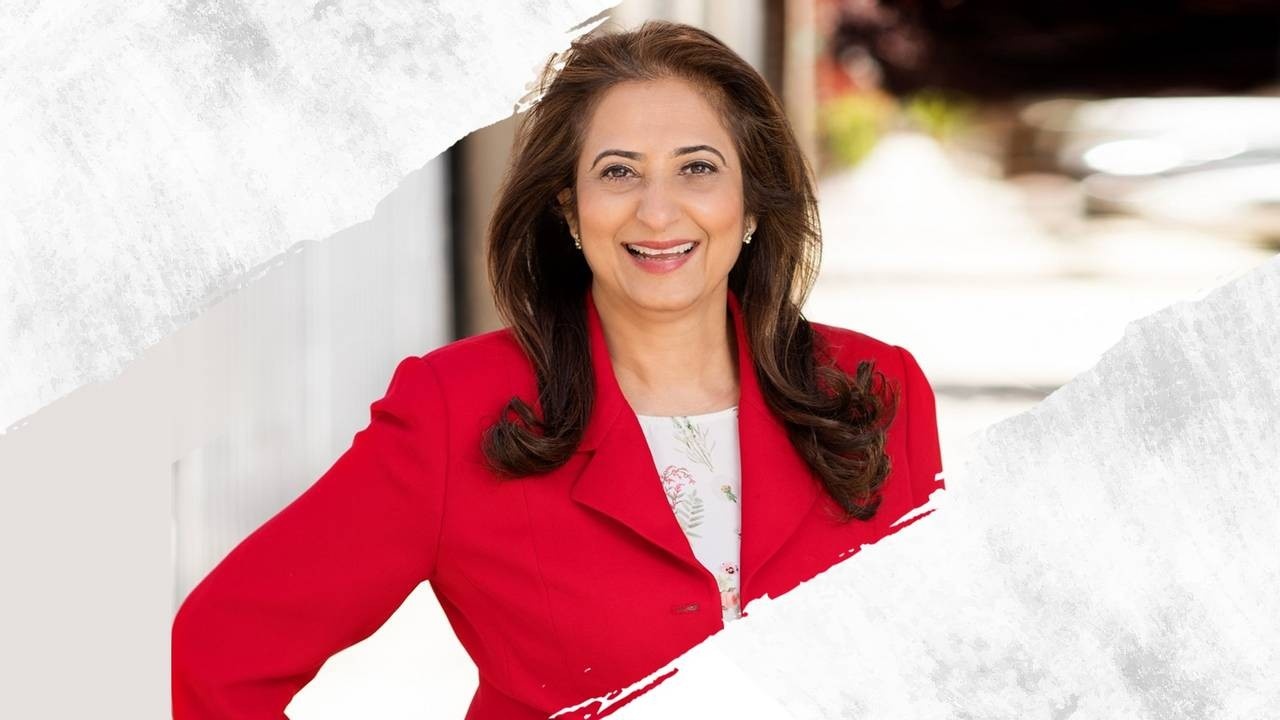 Today we are joined by Gita Bhargava, she is the co-founder and COO of Global Upside, a company providing business expansion services, and its three sister companies: Global PEO Services, Mihi and Gava Talent Solutions. All four companies support 170+ countries with 16 offices around the world.

Gita is an entrepreneur, a leader, an innovator and she has received numerous awards and recognitions. But her journey to where she is now was not easy. She faced many obstacles and hardships along the way, but through it all, she learned to be brave and strong and to keep pushing forward no matter what.

How Gita became an entrepreneur at the age of 16

Gita was born and raised in India and when she was 16 years old her father died, which meant that the oldest son in the family would have to step up and start supporting their family. The problem was the only boy in the family was only 6 years old at the time and he couldn’t run the family business.

Normally what would happen in this situation is that Gita, her mother, and her three siblings would have to go live with relatives and become their financial responsibility. But Gita did not want that to happen. So she went to her male relatives and got their permission to take over her father’s business, which was running a pharmacy in the marketplace. And they all gave their blessing, which is very rare as India is a very male-dominated society.

From there she had to win over the male-dominated marketplace and prove that she had a place there and that she could hold her own. In the beginning, many people challenged her, but she stood her ground and proved that she could make things work.

She ran a successful business for five years and she opened up the door for other women to do the same thing in her hometown. These days, if a father or a husband dies and there is not an older son to take over, a woman can do it without any pushback.

Gita’s journey to the United States

At the age of 21, she had reached the age of marriage in India and it was time to find a husband. When she met her now husband she told him she would agree to marry him if he could agree to three things. That they would stay in India, that she wouldn’t have to go back to school as she already had a Bachelor’s degree, and that she wouldn’t have to work. He agreed to those three things and they were married.

But on the night of their wedding, she found out that her husband already had a green card in the US and that he was planning to move there soon. She called her mother to see if she could get out of the arrangement, but her mother told her she must go with her husband.

So Gita and her husband moved to Alaska without knowing the language and with only $5 to their name. They worked multiple jobs and they both attended college. Gita worked at McDonald’s, she cleaned toilets, she carried groceries--anything that she could to make a living and help her husband get through college. Eventually, her husband, who was working for Deloitte in Alaska, got a job with the same company in the Silicon Valley in CA. So they moved there and at the time they had two young children. And Gita had to find a way to make a living while raising a family. And she was eventually able to work as an accountant for a public company.

Gita says a lot of people who don’t know her backstory look at where she is now and tell her she’s so lucky. But Gita says it’s not about luck, it’s about working hard and adding to your experiences.

How Global Upside was started

Gita and her husband originally started a company with a few other couples back in 1999, but that ended up not working out, so Gita and her husband started over on their own in 2008. They started with outsourcing US accounting, but eventually, they grew to include recruiting, HR, payroll, and more.

When there wasn’t software to handle what their clients needed, they invented it. When clients didn’t have their own entity to hire outside employees, Global Upside would hire the employees on their side for the client. They would make sure that employees received benefits, that they were legal in that country, and that they didn’t lose their pensions.

Today Global Upside has around 500 employees at 16 offices around the world and they serve 170+ countries. Up until 5 years ago, Gita was the only person supporting more than 200 clients, and then at that time, it became too much so they started hiring people to help.

The five principles that Gita lives and dies by

From the experiences that Gita has had in life, she has come up with five principles that she lives and dies by. They are: