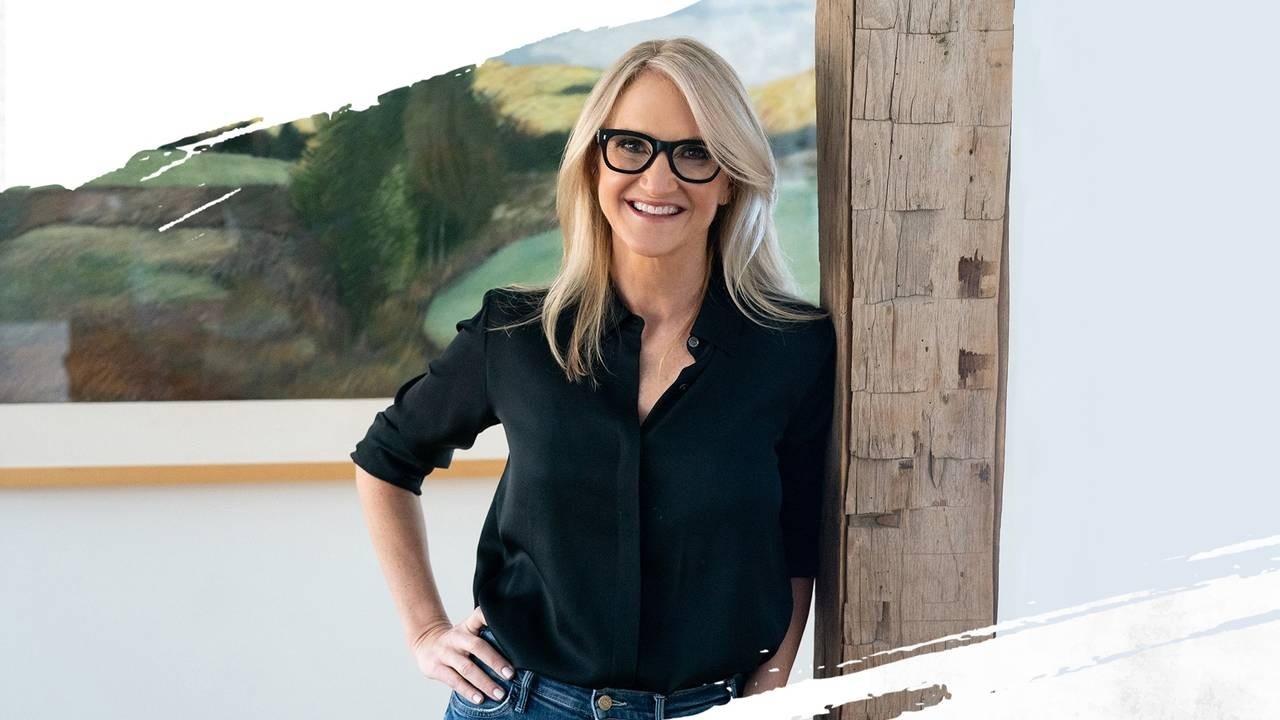 Our guest this week is Mel Robbins, the most booked female speaker in the world and the bestselling author of The 5 Second Rule and The High 5 Habit. Her TEDx Talk, How to Stop Screwing Yourself Over, has been viewed over 27 million times.

Mel is at the top of her career and has seen so much success as an entrepreneur, but she went through a lot to get where she is today. She struggled with anxiety, panic attacks, negative self-talk, and self-sabotaging behaviors. So how did she go from rock-bottom to massive success? In our conversation with Mel she shared all of the details.

After about 13 years of marriage, Mel’s husband quit his corporate job and said he wanted to fulfill his dream of running a restaurant. At first she really was against the idea because Mel knew how hard it would be as she grew up working in restaurants and they had a lot of bills to pay. But after her husband kept insisting and pushing for it, she agreed they could try it, but that they would give themselves a timeline.

They agreed that they had six months to write a business plan and raise some money, and if the deadline wasn’t made he would go back to his corporate job. And sure enough, her husband and his friend were able to meet the deadline and they opened a small pizza restaurant outside of Boston. That location worked out so well they decided to open a second location and they threw everything they could into that location, which looking back on it, Mel knows it was a mistake to do that. They used college funds, 401ks, they took out a home equity and they started a second location.

The problem was when it comes to restaurants, the statistics show that one out of the first locations always fails. And when the second location opened it was 2007, right before the financial crisis. They found themselves $800k in debt with a mortgage and three kids under the age of 10.

Mel shares, “Nowhere in my life plan or my vision board was an image of a 40 year old, drunk, unemployed woman who could not get out of bed. But that became my life. I became somebody I didn't recognize because when the you know what hit the fan in my life, and it happens to all of us, I rose to the occasion, like a high functioning adult, I basically drank myself into the ground. And then every time I saw my husband, I wanted to kill him and I screamed at him. And you know, funny, those two things didn't really work to solve the problems. But I kept doing it, and doing it, and doing it.”

She knew what she needed to do to get back on track--but she was consumed with fear, confusion, and anger and she found herself stuck. And one night as she was giving herself a pep talk about the next day, she had this idea of what if I could move myself so fast out of bed in the morning that I got things done before anxiety hits me. That was the genesis of the idea for her book The 5 Second Rule. And sure enough the next morning came and she launched herself out of bed like a rocket and faced the day.

And as Mel shares, we are always one decision away from a different life. Her life would be very different now if she had never decided that morning to launch out of bed.

Mel’s first presentation did not go as planned

Today Mel is the most booked female speaker in the world, but her first speaking experience did not go well. Her first speech was for TEDx and she had never given a speech on stage before in her life.

As Mel shares, she was extremely nervous and anxious, she got a neck rash because of it. She talked way too fast, she forgot how to end her speech, and she ended up giving out her email address on stage. She decided she would never give another speech again.

But a year later the speech was put up online and people started seeing it and reaching out to her to ask her to speak. And she ended up speaking at events for free because she didn’t realize people paid for that kind of thing. But after talking with a woman after one of her events she realized people do pay for speaking engagements, so she put her 5 Second Rule into practice again and from that time on when someone would ask her to speak she would ask what their budget was and whatever they would answer she would said I normally charge double that.

And one day she gets a call from a man who has been in the speaking business for years, his wife saw Mel’s viral TEDx video and asked her to speak for an event. She used her normal line of “what is your budget?” and he responded with $10,000. At the time that was three months worth of mortgage for Mel and her family and she was shocked. She took the job and she used half of the money to hire a graphic designer to help her with her presentation. She ended up nailing that job and the rest is history.

In Mel’s newest book, The High 5 Habit: Take Control Of Your Life With One Simple Habit, she shares how powerful it can be when you encourage yourself. We spend so much time building others up and celebrating them, but we don’t do it enough for ourselves.

“The high five habit is having this attitude and this sense of knowingness and grounded confidence that this moment right now, even though it's challenging, or even though it's exhilarating, it's also just a dot on the map of your life. And it too is connecting you forward to something remarkable that hasn't happened yet.”

And Mel shares how this mindset has helped her through the pandemic. She remembers the day she first found out about it. She was in her dream job as a daytime talk show host and one day at work they announced to everyone that Covid was found in the building and everyone had 5 minutes to get their stuff and get out of the building. After rushing to her dressing room and grabbing whatever she could she got into her car and drove away not knowing when she would be back.

Soon after that she got a call from one of her daughters who was studying in Spain. She was crying and hysterical and saying that they were closing the borders and she couldn’t find a flight out. Her other daughter then called and said her college was closing in Southern California. And the first few weeks of the pandemic was Mel, her husband and their three kids locked up in their house and it was just a few weeks of chaos.

Mel was fired from her job, her book contract was cancelled, all of her upcoming speeches were cancelled---she just felt overwhelmed and her whole family was in distress. She says, “I remember one morning, I woke up, and I just felt overwhelmed. And we've all had that moment, the stress of your life, the decisions that you have to face, the to-do list that never ends. The fact that you're exhausted, and burn the candle at both ends. And so I used the five second rule, like I always do, 5-4-3-2-1 and got out of bed. And I think that's an important point. Because it's been 13 years, you guys, since I invented that stupid thing. Do you know I still have to use it every morning to get out of bed.”

But when she got out of bed and looked at herself in the mirror she started picking herself apart. And after a few minutes of just being negative, Mel raised her hand and high fived herself in the mirror, which caused her to laugh at the moment because it seemed so silly, but the laughter broke her bad mood and she felt lighter.

The second day she tried this was the game changer. Mel says, “For the first time in my life, I actually felt excited to see me, the human being. And it dawned on me, you guys, that for 50 some years, I have either ignored myself, or criticized myself in the mirror, I have never had the experience of feeling excited to see Mel Robbins, the person.”

She took time to figure out what she needed to do for the day, how was she going to show up, what did she need to do to move the ball forward--and then she raised her hand and sealed it with a high five. And doing this has changed her entire outlook on life.

At first it will feel weird and silly, but try it. It just might change your day.