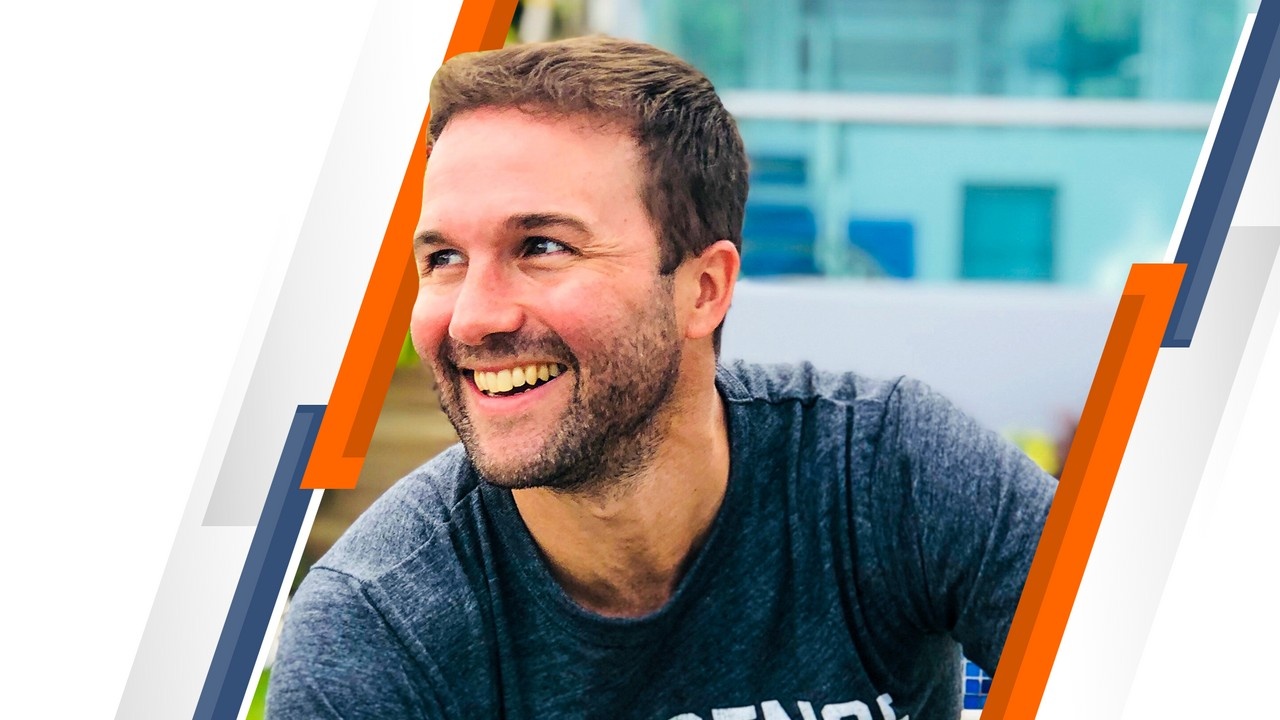 John Lee Dumas is the founder and host of the award winning podcast, Entrepreneurs on Fire. He is also the author of The Common Path to Uncommon Success: A Roadmap to Financial Freedom and Fulfillment, which comes out March 2021.

John has had a very interesting path to entrepreneurship. Shortly after graduating high school he was commissioned as an Officer in the US Army where he spent 13 months in Iraq as an Armor Platoon Leader.

After he served 8 years total in the Army he decided to explore what career path he should take. He tried out law school, but dropped out after only one semester. He tried working at a tech startup, a corporate finance company, and in real estate, but nothing seemed to click.

Every day on the way into work John found himself listening to podcasts about entrepreneurship. At one point when he was trying to find a show that put out daily episodes and he couldn’t find one he realized there was a void that needed to be filled and he set out to create the kind of podcast he wanted to find. Thus Entrepreneurs on Fire was born and since he first started he has interviewed over 3,000 guests on his show. And to date he has made over $19 million since he first launched the show in 2012.

Why most podcasts don’t make much money

So what is it that John is doing differently that has allowed his podcast to succeed and thrive when most podcasts don’t make money at all. John says that most of the time when someone starts a podcast they are trying to copy what someone else is doing and it pales in comparison.

When starting a podcast, the key is creating the best solution to a real problem. As John shares, “When you're the best solution to a real problem in this world, and you solve that problem for an audience, they will know they can trust you because you're solving their major problem. Then you're able to ask them, What is your biggest struggle right now, and they will tell you because people love telling you what they're struggling with. And then you can create the best solution from that conversation in the form of a product or a service or a community or fill in the blank. That's how you make money. That's how you win.”

The two main things John did to grow his podcast

It takes a lot of time and effort to grow a podcast into a business and to start earning money. It doesn’t just happen overnight. Two things that John did to grow his podcast to what it is today were:

How to get podcast reviews

John’s podcast has over 3,800 reviews on iTunes and his advice is don’t waste your call to action in a podcast intro or outro on asking for reviews. Why? Because most people listening to your podcast are running in the gym or driving their car or they are at work. They are not in a place to leave you a review.

He says getting reviews is a very tedious task and it happens one person at a time. Every time someone comments on social media or sends him an email saying that they loved the show, he responds to them with a link to the review page and asks if they would be willing to say the exact same thing in a review.

The most common mistake entrepreneurs make

So many entrepreneurs see someone becoming super successful at something and they try to copy and paste that idea as their own business. This is a recipe for disaster because most of the time this copied business is a weak, pale imitation of what the original person is doing.

Your potential customers want the best, they don’t want a weak imitation of the best. Don’t fall into this trap. You have to identify your big idea that actually solves a problem. Even if you end up in the field or area of expertise as someone else, you have to be unique, you have to solve a different problem.

John actually posts his monthly income reports on his website and he includes his expenses. As an entrepreneur there are some things that just make sense to invest in financially. For John one of those things is his team. They allow him to focus on the parts of the business that are his strengths, while they take care of the things that he isn’t so strong at or that he doesn’t have the time to address.

Most of the time, in the season his business is in right now, John doesn’t spend money on advertising. A majority of what comes his way now is organic. But he has at times spent money on ads and probably will spend a specific amount on his book promotion.

John’s encouragement for people facing self-doubt in the pandemic

This past year has been a huge challenge for all of us in different ways. We are having to find new ways of working and living and it can be easy to lose self-confidence in all of this.

John’s message to everyone out there dealing with self-doubt is, “You're having doubts, you're having fears, you're having confusions right now, which is very normal. But you're having all these things because of this very common theme we've been talking about throughout this interview, you are not living in your zone of genius, you are not currently operating in that zone of fire, you have not yet identified your big idea. It is a step one foundational principle, you've got to get right for everything else to fall into place. You can't be at step 7, 12, 14 when you have your pillar foundation cracked or broken, or in need of repair or a completely clean slate. So that's the process, understand that you're a human being, you're going to have doubts, you're going to have fears, you're going to have anxiety that is part of being a human being. Embrace it, accept it. And now go to the fundamentals, follow the 17 step roadmap, and you will be just fine.”

This episode is sponsored by iOFFICE