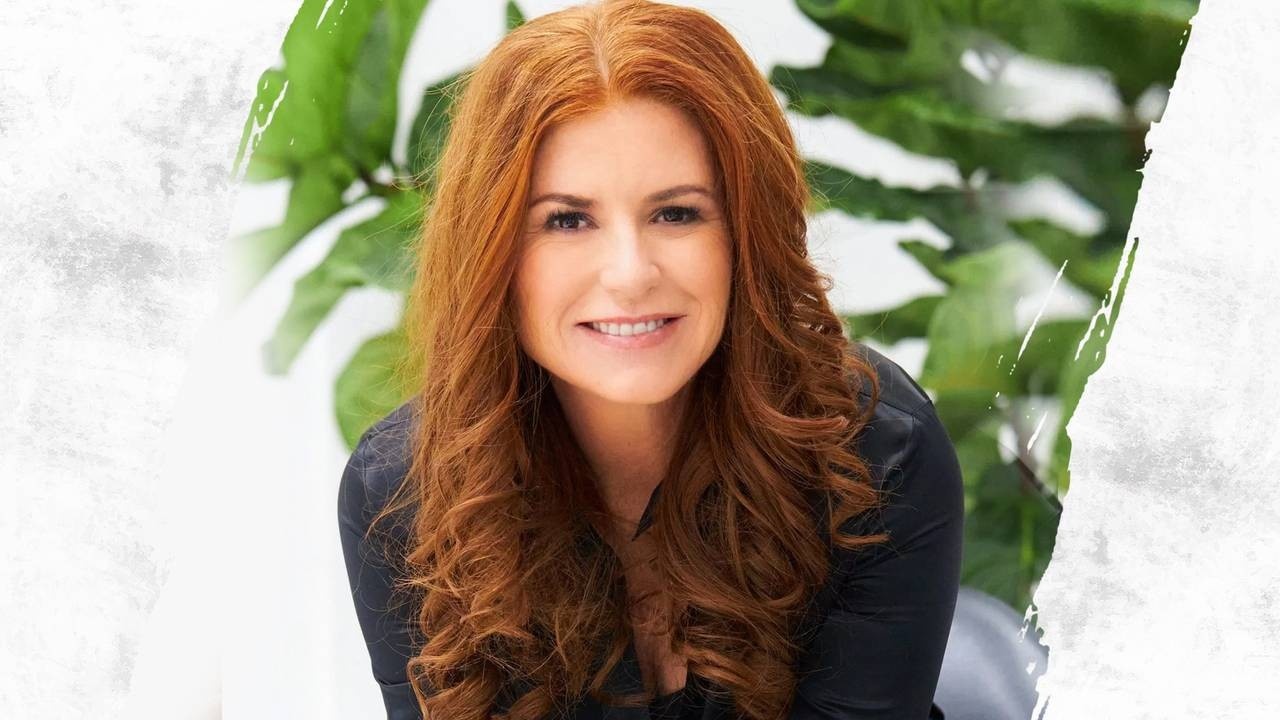 Kara Goldin is the founder and CEO of Hint Water, a fruit infused, flavored water with no added sugar, no diet sweeteners, and no calories. The idea actually came from solving her own personal problem back in 2004.

Kara had been struggling with adult acne, she had extremely low energy, and she was overweight, so she went to see a doctor. But the doctor just told her these symptoms were because her metabolism was slowing down due to aging and he told her the answer was medication. But she wasn’t convinced that pills were the answer, so she reflected on what she was putting into her body on a daily basis.

What she found was that she was addicted to diet soda and she was drinking several cans a day. The fact that it was a diet product had her fooled into believing it was okay for her, but when she read the ingredients and didn’t recognize anything, she knew it had to go. She cut out the drink from that day forward and in three months she lost 40 pounds, had a ton of energy, and her acne was gone.

But now the problem was, what would she replace that habit with? Water was too bland and most of the drink products on the shelves were so unhealthy. So she started experimenting in her own kitchen and it all led to what is today known as Hint. Today the company is a $150 million brand.

The importance of curiosity in entrepreneurship

Kara has always been inquisitive, even as a child she would ask tons of questions and she always wanted to learn. She was never afraid to ask people questions, and a lot of times she would hear back from people, “oh, I’ve never been asked that before”. She found that throughout school and sports asking questions not only helped her learn, but also allowed her to improve and get better.

A lot of times as we get older we have curiosity pushed out of us, especially once we get into the corporate world. In school we’re taught to get the right answers and not make mistakes, but as entrepreneurs it is critical to be curious. When we get into a role where we are doing the same thing over and over day after day, that’s when we get burned out, that’s when we get disengaged, and when work becomes something we dread.

We all need to be constantly learning, growing, exploring, and developing.

What Kara learned from her innovative father

Kara’s dad worked for Armour Food Company while she and her siblings were growing up and while he had a lot of great ideas for new, inventive products he tended not to share them at work. But Kara’s mom decided to go back to work at the age of 45 and so it was up to her dad to figure out dinner for five kids every night. And being that he worked for a food company, he came up with an idea for frozen dinners that would actually taste good.

Her dad ended up hiring a woman to help him develop this new product, her name was Julia Child. And the two of them experimented and came up with a product known as Classic Dinners, now known as Healthy Choice.

Watching her dad, Kara realized how hard it is for someone who is naturally curious, creative, and innovative to be inside of a large corporate company, because they don’t tend to accept those characteristics very easily. Trying to get a large company to change something a lot of times is like trying to turn a huge cruise ship in the opposite direction, it’s very hard.

She also came to realize the importance of storytelling as a way to connect to customers. “I actually got a phone call from an advertising agency about a year ago that was working closely with Conagra on redeveloping some packaging. And they said they were looking for my dad. And I told him that he had passed away, and what were they going to ask them? And they said, you know, your dad was one of the first to actually use storytelling as a way to make consumers understand the brand. And he was, I mean, he put these stories on the back of the package and I’d be like, Oh, my God, dad, who cares about these stories. But people really did care and they'd remember these stories. It wasn't just about the name.”

Being an entrepreneur, a mom of four, and a wife

When Kara was first starting Hint she had four children under the age of six, which a lot of people might shy away from doing, but she made it work. She found ways that would allow everyone in the family to be happy and thrive.

She always drove her kids to school, and then eventually she was able to move into a house where the kids could walk to school. She also devoted all of her weekends to her kids. And her husband helped her with her business a lot.

In the end it has been worth it because she has been a role model to her children. Kara’s son, when he was 12, would hear about the low percentage of female CEOs and Kara remembers a time when he came to her and said, I just learned that women aren’t CEOs, but you’ve been a CEO and you’ve done a good job, I think there should be more women CEOs.

And then soon after that conversation he also started questioning why boys and girls were separated to play tennis, when so many girls were better than the boys were. He said, “shouldn’t we be looking at people for teams or roles at companies not based on their gender, but on their capabilities?”

Kara says, “I thought, there's so many things right there that he's learning, just by watching. But also, he's questioning because he's living in an environment that is not, you know, what everyone else is doing. And I guess that it was a moment when I felt very, very proud to be honest with you, because did I have the guilt along the way, that was, you know, should I be working, should I join the PTA and be the homeroom mother, I mean, I had all of that at times.”

With the experience that she’s had building a successful business, what is Kara’s advice for new or aspiring entrepreneurs? She says once you have a goal in mind, it’s important to focus on the steps you need to take to make progress. Taking it one step at a time and visualizing each step as getting you closer to your goal makes a huge difference.

Recognize that you are going to have challenges and setbacks, but celebrate the steps that you do right. She says, “I would say that that's the biggest piece of advice and, you know, not allowing the hurdles to ever get too big that you can't get over them, you can't crush them down, which is really the toughest thing. It really is mental. I think it's not just about having an idea, it's really being able to kind of control your brain and your attitude and your mind and knowing that figuring out the steps and celebrating those wins are probably the most important piece of it.”