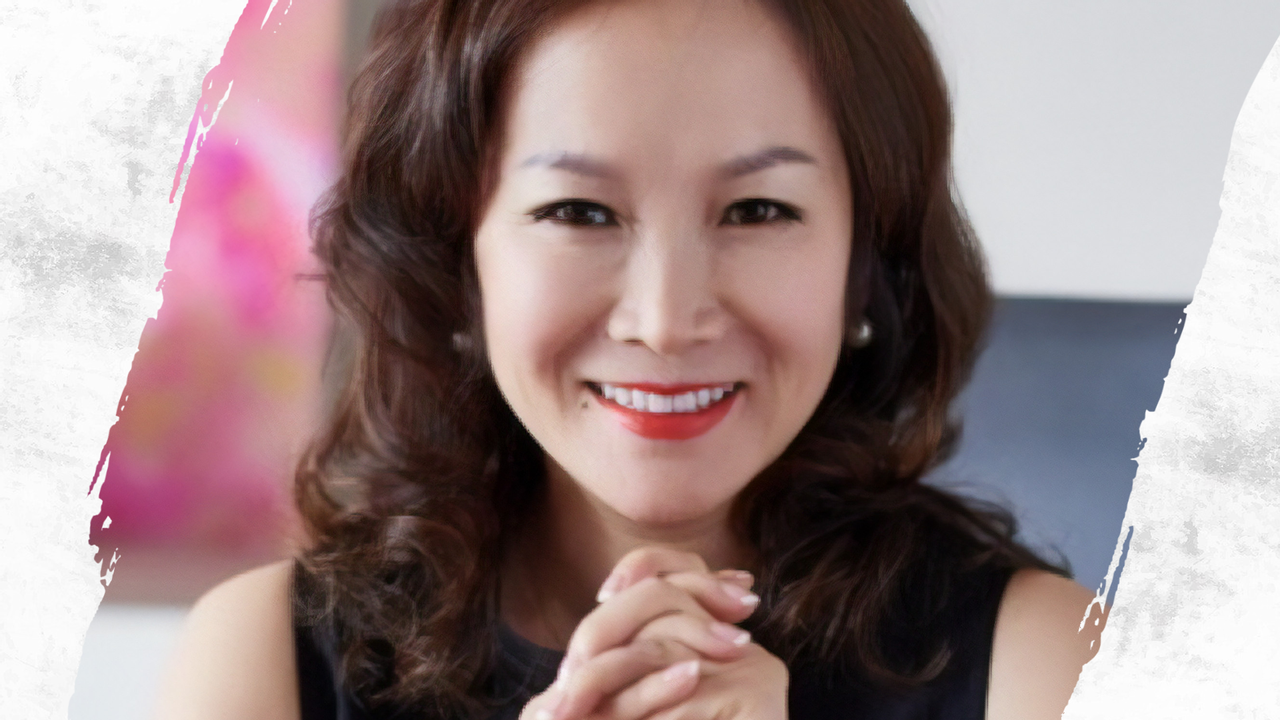 Mei Xu is the founder of the multi-million dollar company Chesapeake Bay Candle (now part of the Yankee Candle family of brands) and author of the new book, BURN: How Grit, Innovation, and a Dash of Luck Ignited a Multi-Million Dollar Success Story.

Being naturally good at learning and speaking English, Mei was able to get a job as a translator for The World Bank and she was supposed to continue working there after graduating, but she graduated in 1989, during the Tiananmen Square protests and because of that the government didn’t allow students to stay in the cities anymore. So she was forced to go to a far away town and work a very low-skilled job at a warehouse. Shortly after that, she quit and she worked small jobs here and there until she decided to move to the US in 1991.

How Bloomingdale’s inspired Mei to start her own company

When Mei moved to the US she worked in New York and she very vividly remembers her experiences going into Bloomingdale’s. In China she had never seen a store with an abundance of merchandise, and walking through a massive store with bright colors, beautiful clothes, great fragrances, etc...was as Mei describes it, a paradise.

She spent a lot of time going through all the floors of the store, but one thing she noticed was that the lower levels seemed to be more modern, while the further you went upstairs it became more and more dated. The top floor was filled with home goods, but instead of matching the clothes downstairs, which were sleek, modern, clean lines, and bold colors--it looked like you were walking into your grandma’s house.

Several times Mei would call her husband, who at the time lived in Washington D.C., and she would tell him how odd it was that the floors were so inconsistent. And he really encouraged her to focus on a business that would address that problem instead of working a job she didn’t really enjoy. So they started Pacific Trade International, where they sold textiles, fake trees, pillows, decorative candles and much more.

From selling endless home goods to focusing on candles

With their new company Mei and her husband went to a smaller trade show in North Carolina to sell their items. They brought several items with them--everything from silk flowers to seat cushions--but the end result shocked them.

One of the items they had with them was ball candles inside holders with stained glass that would create a pattern when the candle burned. At the end of their week at the trade show they realized they had sold $50,000 worth of product and every single order had a candle. That’s when they realized they needed to focus on candles. In the first five months of being in business they had sold more than a half million dollars in candles.

But the next year they attended another trade show--but a much bigger one--and they found out they needed to pivot, because they didn’t sell very many candles at all. Based on feedback people felt that the special candles in stain glass were for holidays and not something that you use everyday.

And that’s when Mei realized that what she was missing was fragrance. So she went back to the drawing board and figured out how to add new, modern fragrances, bright and bold colors, and contemporary jars. She was able to travel around the world and find inspiration from countries like Germany to come up with an up-to-date version of candles that people would want to use everyday.

As Mei shares, “What I think we made a great difference also is to combine fragrances. Fragrance candles used to be pretty single dimension. So way back 20 years ago, you would only find a mulberry candle, or a vanilla candle,  or watermelon candle. You wouldn't find something that's called copper moon. Or you wouldn't find something that’s called the temple. You know what is the smell of a temple, what's the smell of compromise, it's more, it's more imaginative, but it also gives you a creative license. So that's where the journey I traveled, it's creating a lot more thoughtfulness in design, and using the manufacturing that we control, to experiment something that brands like Yankee Candle, you know, Carolina Candle--those are very big companies--didn't even think about.”

As an entrepreneur, you may get worried when you see competition pop up around you or if you start to see others start to copy your ideas. But Mei’s view is that competition shouldn’t worry you, because you should always be one step ahead of them.

“I don't get hung up on what people were copying me about, because I'm already going after other things. So I always feel the creative type, you know, they don't have time sometimes to defend themselves, because they're always looking at what's new, what's new.”

By the time people were starting to copy her scents, she was already coming up with a new collection inspired by drinks like the mojito and the martini. She was also looking at what the consumer wanted and needed. She saw a need for making candles easy to give as gifts, and she found new ways to do that. The key is to not get stuck or get complacent doing the same thing, you have to keep adapting and thinking ahead to stay in front of the competition.

Challenges Mei faced in the business

Over the years of her business, Mei definitely faced challenges, but she was able to take those challenges and turn them into success. She could have given up after that second trade show when very few people bought candles. But instead, she figured out what stopped people from buying them and adapted her business to solve their problems.

She also faced issues with the anti dumping duty, which raised the price of the goods she was buying from China to sell here in the U.S. If they kept going with their same prices, the business would fail, but they couldn’t raise the price of their product much either, otherwise clients like Target and Bloomingdale’s would stop selling it realizing their customers had cheaper options.

But instead of giving up or taking the easy way out, Mei traveled to Mexico, Thailand, the Philippines, and Vietnam to find the perfect place to move her manufacturing to. She looked at things like working conditions, pricing, location, etc..until she found the perfect place. And she ended up moving her operation to Vietnam.

“I always say, problems like this sometimes can be opportunities. We would never have looked outside of China if we did not have that very urgent issue and it allowed me to move into a much safer country for that reason and a country that is just beginning to catch up. So at that moment, it wasn't fun. But when you look back 2-3-4 years later, it's definitely those changes or those demands, really produced a good result and a lot of learning for me.”

Her advice for any entrepreneurs struggling after Covid to use this as an opportunity. There are so many things changing around the world that is opening up space for smaller businesses to take up space in industries like retail. Now is the time to go for it.