Create A Business That Rewards You Emotionally, Intellectually & Financially With Dorie Clark Part 1 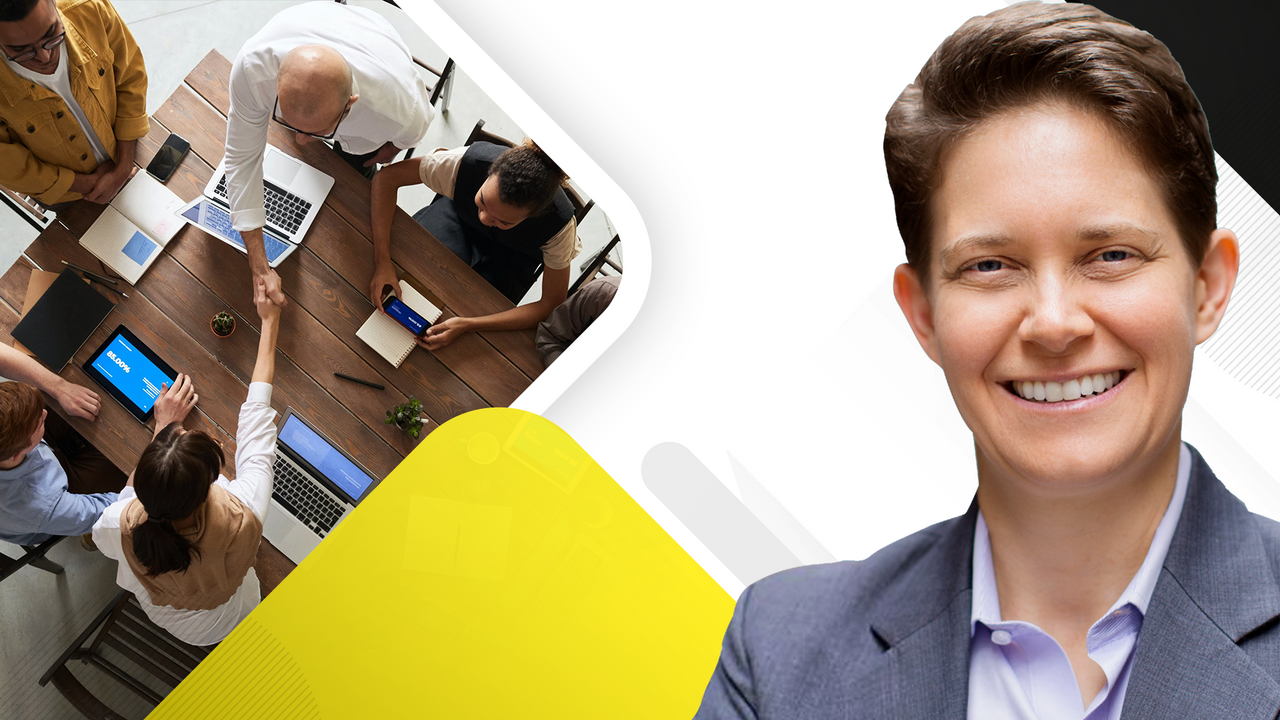 Dorie Clark is the bestselling author of several books including The Long Game (coming out in September ‘21), Entrepreneurial You, and Stand Out. She has been named one of the Top 50 business thinkers in the world by Thinkers50. She was also recognized as the #1 Communication Coach in the world by the Marshall Goldsmith Leading Global Coaches Awards.

Entrepreneurs are definitely used to being told no and hitting roadblocks. Even before she became an entrepreneur Dorie found herself having to pivot. Her original plan while in college was to be an academic, but when she applied for several doctoral programs she was turned down from each one. So she had to come up with another plan.

She decided to become a journalist, but after a year at that job she was laid off. She then went into politics as a campaign spokesperson, but all of her candidates lost. And eventually she ran a nonprofit and from that experience the idea came to her for her current entrepreneurial adventure, which is in consulting.

The beginning of Dorie’s entrepreneurship journey

Dorie had been running a bicycle advocacy organization, a nonprofit, for about a year when she realized that the work she was doing there was equivalent to running a full-time organization. The nonprofit was barely bringing in enough to support Dorie and her two other employees, it was stressful, and a lot of hard work. She was burnt out and frustrated, until she had her “aha” moment and she realized that she could go off on her own and make as much, if not more, on her own than for this nonprofit.

So as she started out as a new entrepreneur, she set a few very deliberate goals for herself. In year one the goal was to not go bankrupt, year two was to make at least what she used to at the nonprofit, and by year three she wanted to be making 6-figures. In a little over a year she reached her goal for year three, but it didn’t come easily. And as she found, pushing yourself to extreme levels over time will wear you down.

As Dorie shares, “One of the distinctions that I think we all discover as entrepreneurs, as we get further and further into it, is at first, you know, we all have the monetary goal of like, Oh yeah, I'm gonna do this. And then at a certain point, you get a little more refined and you realize, like, okay, you're making six figures, but oh my god, you're killing yourself. And so you have to start thinking about what is the way that I can do it smarter? How can I increase my revenue and do it while still creating a better quality of life for myself? So I started thinking about how do you create multiple revenue streams and more passive income, so that you don't have to be out there on the hustings all the time?”

One of the most important things entrepreneurs can do, as Dorie shares, is to question and validate the assumptions you have about how things are going to go as you first start out. If you have the assumption that it will take one year before you start making 6-figures, but it really takes 3 or more years to get there, you are going to get discouraged and potentially give up.

The importance of planning for success

Time management can be extremely difficult for entrepreneurs. Especially now as the boundaries of our personal lives and our work lives have been blurred together even more this past year with Covid and everything that’s gone along with that.

One of the most crucial things that Dorie says most entrepreneurs get wrong is they don’t prepare sufficiently for success. She gives the example of a client she is currently working with who is waiting to hear back from a publisher about a possible book deal. If the book deal comes through it would have a huge impact on the client’s business, but there is a possibility it won’t come through.

The wrong thing to do would be to wait until the response comes from the publisher to plan for a positive outcome. Dorie is working with that client to come up with a plan of what to do if it goes through. And the reason for that is if you wait until the good news comes in to make any plans you may be completely wrapped up in other things at work, you may have already overcommitted yourself in other areas, that you may not be able to do this new, exciting thing in the best way.

Having a large following on social media platforms does not necessarily translate into actual money. And leaning too much on one or two platforms in general can be dangerous. All it takes is one change in an algorithm and that revenue stream could be gone.

As entrepreneurs how do we harness our name and recognition to capitalize on it in the best way? One thing that is important is to make sure that you have a way to capture the emails of the people who follow up on social media so that you can communicate with them directly from your own platform.

Another thing you can do is to think about sponsorships. How can you turn the attention you receive on social media into corporate sponsorships of some kind.

Basically you have to figure out multiple directions you can go so that if and when the terrain changes, you aren’t struggling because you had one form of revenue and now it is gone.

The difference between sales and marketing

Over time Dorie has realized that for most, if not all, entrepreneurs the true measure of success is the unsolicited inbound inquiry. When you reach the point in your career where you don’t have to search for clients, you have people seeking you out that is very powerful.

But it definitely takes time and effort to get to that point. As Dorie points out, early in her career she talked to everyone who would listen about her business. She would ask her friends if they knew anyone who could use her services. It was hard and time consuming, but every new business owner has to do it.

All of this hard work falls under sales, and it’s not the most fun thing to do. Marketing is something different, and it is more fun. Marketing is writing books, giving speeches, posting to social media, etc...Marketing is great, but it will not get you business tomorrow. It plants the seeds for business down the road--2, 3, 5 years from now.

You cannot have one without the other. You have to have both sales and marketing. Sales will get you the short term business, and marketing will get you the business over the long term. Entrepreneurship in general is a long game, it’s not something that you can “try out” for 6 months. It can take years before you see success.